VR Bank in Holstein opts for sustainable IT procurement

An investment that pays off

With 20 branches and around 448 employees, Pinneberg-based VR Bank is a leading financial institution in Schleswig-Holstein. The local cooperative VR Bank is one of many organizations whose focus shifted to remote working as a result of the pandemic. CHG-MERIDIAN developed a solution tailored to the VR Bank’s needs, enabling it to procure new mobile devices in a cost-efficient, carbon-neutral, and sustainable way.

Like many other companies, VR Bank in Holstein was faced with the challenge of enabling its employees to work remotely at short notice. Only some of them were equipped with laptops, and there was no provision in the IT budget for the rapid procurement of new devices for the bulk of the workforce. The procurement of new IT was also discussed at length given the VR Bank’s commitment to sustainability. “The idea put forward by our long-term partner CHG-MERIDIAN to include existing devices in the environmental and cost calculation came at just the right time,” says Mario Rech, Head of IT Management at VR Bank in Holstein.

Mario Rech, Head of IT Management at VR Bank in Holstein

“The significantly lower purchasing volume and the ability to finance leases through remarketing provided a welcome cost reduction.”

Audit of existing IT

The process started with a free evaluation of the existing IT infrastructure and digital workplaces by experts from CHG-MERIDIAN. This made it possible to document all devices and the condition they were in while also providing their estimated remarketing value. “Using this as our basis, we analyzed how many new devices were required,” says Frank Mölm, Senior Key Account Manager at CHG-MERIDIAN. The idea behind this is the ‘on-demand economy’, i.e. only owning what you actually use. “This needs-based approach to procurement ensures that no PC is replaced with a laptop simply because there has always been a computer at that desk.”

Based on the analysis, VR Bank decided to give 1,200 old devices to CHG-MERIDIAN for remarketing and use the proceeds to lease new mobile devices. The surprising outcome of this on-demand solution was that the VR Bank needed only 460 new mobile devices to continue offering its full range of services without taking a hit on productivity. “The significantly lower purchasing volume and the ability to finance leases through remarketing provided a welcome cost reduction,” says Rech. “The model is particularly beneficial when it comes to improving our sustainability.” The lower number of units reduced the volume of CO2 emissions generated in the manufacture and transport of the new devices, while the old equipment was remarketed rather than sent for scrap.

CHG-MERIDIAN’s plan to remarket the used devices is based on the principle of the circular economy: the VR Bank’s decommissioned IT equipment is refurbished at CHG-MERIDIAN’s technology center and then given a second useful life. “Our objective is to integrate procurement, operation, and end-of-lease management as much as possible,” says Mölm. “With this in mind, the 460 new devices will also be given a second life at the end of their term.”

When it comes to remarketing, the security of the data stored on the used assets is a highly sensitive matter. This applies to all companies, but is even more important in banking. “We cannot accept any risk of customer data getting into the wrong hands,” Rech emphasizes. That is why data security is the top priority throughout the refurbishment process at CHG-MERIDIAN, and ISO-certified data erasure is mandatory for all devices.

Leasing without a carbon footprint

Remarketing the old devices has already had a positive impact on VR Bank’s environmental and carbon footprint, and the management team is eager to improve it even further. It is a major plus that CHG-MERIDIAN’s ‘green’ financing option, carbonZER0, enables the VR Bank to make its IT investments carbon-neutral.

CHG-MERIDIAN works with an independent partner to determine the level of emissions for each asset class, thus providing the basis for carbon-neutral leasing. The CO2 emissions during production and transportation and as a result of electricity generation during the use and end-of-lease phases are translated into monetary amounts and added to the lease installment. “This involves no additional work for VR Bank, as we take care of the entire process all the way to selecting and reviewing the certified climate change mitigation projects,” Mölm explains.

By the middle of the year, VR Bank in Holstein had already handed 500 of the proposed 1,200 devices over to CHG-MERIDIAN, and all of them were successfully remarketed after refurbishment. While the mobile devices have given the employees more flexibility, Rech and his team are delighted with the resulting improvement to the IT budget, which now finances the carbon-neutral, environmentally friendly leasing of the new devices. 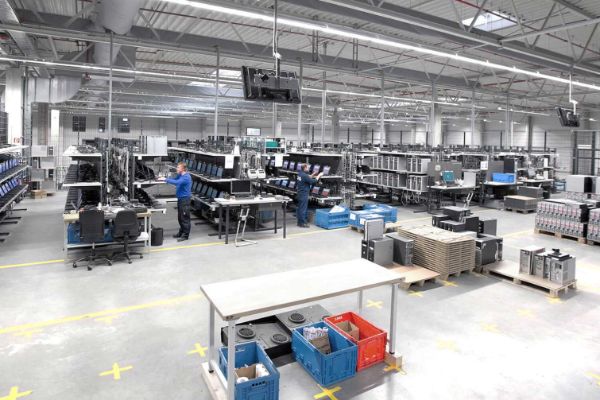 Sustainability as a lived self-conception

In the future, business models based on the circular economy will play a key role in making sustainable use of the planet’s limited resources. 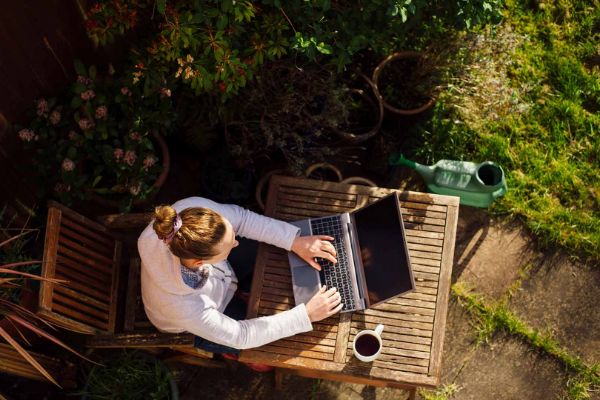 For many companies, taking responsibility for protecting the environment and the climate has become an integral part of their identity. Carbon-neutral benefit programs enable employers to maintain this commitment while boosting their green credentials. 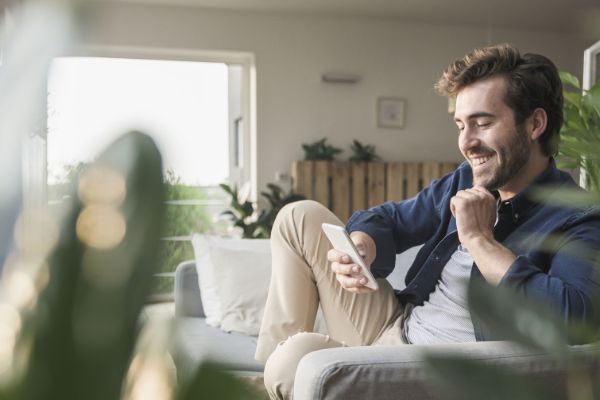 3 steps toward sustainable IT

The steadily growing resource and energy requirements of IT equipment are also increasing their CO₂ emissions. We show you how you can make your IT more sustainable in three steps.